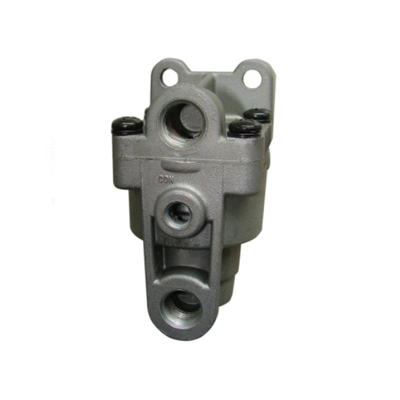 The function of the quick release valve is to speed up the exhaust of air from the air chambers. It is mounted close to the chambers it serves. In its standard configuration, the valve is designed to deliver within one psi of control pressure to the controlled device; however, for special applications the valve is available with greater differential pressure designed into the valve.

Cross References: 065154
A cross reference listing means that this valve is a suitable replacement for the part numbers listed. Some changes in air line plumbing may be required.

Product Categories
Products
Note: We could design and produce any type truck & Trailer & Car parts as per customers’ drawings and samples. Tell us what you need or were expecting to find. Don't forget to include your email address if you'd like a reply from us.---Mail To: webo@xmwebo.com or Feel free to call us at 86-592-5612198 if you have any questions before ordering your trailer&truck parts.
Product Enquiry To:Trailer and turck made in wabco.cn